If this ministry has blessed you, encouraged, and impacted your life, SUPPORT it's vision, through donation or prayer. 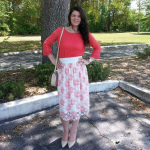 In this bible passage, some of the followers of Jesus Christ of Nazareth were traveling from Jerusalem to a town named Emmaus. They were sad and discouraged, they were feeling defeated because their Lord and master were put to a trial, crucified, and buried.

So they felt defeated and discouraged

Peter arose and ran to the tomb; and stooping down, he saw the linen cloth lying by themselves, and he departed, marveling to himself at what had happened?

Right now many people are wondering like Peter what had happened?

It is impossible for God to lie, hallelujah, let God be true and every man be a liar!

2. Were the prophets wrong?

I say no! We must consider the prophets of old.  They spoke of the impending judgment that God Almighty, was to bring, upon the nation of Israel, for not repenting for their wickedness, backsliding, turning their back on God, Idolatry, and forsaking their God.

God would send prophet after prophet, but would they listen? No. But they persecuted them, stoned them to death, and so on.  Because they wanted to continue in their sin and rebellion.

I tell every prophet of the Lord!  If you know that the Lord Almighty has spoken to you about our president (Donald.J.Trump ) being re-elected, but the result was not what you, and many other people expected, do not be ashamed, do not coward- but stand your ground.  Do not retreat because it did not come to pass. I tell you, be strong in the Lord and in the power of his might. Take courage and don’t run like the prophet Elijah from Jezebel, but we must arise and face Jezebel and her cohorts.

You must not fear the threats of Jezebel. You must not allow Jezebel to intimidate you but you must take courage and be like Jehu.

Then they will deliver you up to tribulation and kill you, and you will be hated by all nations for my name sake.

The fact that you are for Christ, you stand for righteousness for truth, you and I will be hated. But you must remember our Lord Jesus Christ in His own words said,

If the world hates you, you must understand that it hated me before it hated you.

I asked the Lord, “what happened Lord?’’  I don’t know what to tell my children now. Because my children and I prayed almost every night regarding this matter and for many after issues as well.

Finally, the Lord spoke and said,

“ The fact that ( Joe Bidden  )  got elected, was not my will, but the will of men imposed upon the people.  In the time of Israel, I sent the prophets to warn them, but they did as they heed the words of the prophets or my word of correction?  No they didn’t, therefore Israel was desolate for many years.“

Regarding this nation, said the Lord.

If my people who are called by My name will humble themselves, and pray and seek My face, and turn from their wicked ways, then I will hear from heaven and will forgive their sin and heal their land.

I truly believe those people who stormed the White House to attack and destroy. A mob of violence and destruction, they should have humbled themselves and prayed instead. I really believe the outcome could have been way different. We must continue crying out to God for mercy,  we can not give up there are absolutely no excuses at all. We must be like Abraham when God was about to destroy Sodom and Gomorrah. He intercedes in spite of his understanding of how wicked these people were he stood in the gap for them.

God will listen to the prayers of His people.

An intercessor is one who comes in between God and the objects of God’s just wrath and judgment. Intercessors stand before God and position themself between God and those who deserve God’s Wrath and judgment. I acknowledge your Justice. You have every right to Smite these people. But if you smite them you’re going to have to smite me too because I’m standing in between you, and these wicked people.

One of the main things about this situation and its implications for intercession is posture. We need to see Abraham’s posture. He was standing before the Lord and saw them as it went on, holding up his hand, and saying Lord don’t go any further. Another thing we must notice, Abraham’s intimacy with the Lord elsewhere in scripture. Abraham is called the friend of the Lord and he was talking to Almighty God as an intimate and personal friend. We need to also notice Abraham’s boldness as he stood before the Lord pleading for the people of Sodom. He was actually challenging God’s righteousness. He was not afraid to speak out and say what he thought with reference at the same time and then we also need to notice also that Abraham had an absolute conviction of God’s justice and the unrighteousness of the people of Sodom and Gomorrah.

I want to point out two things, that God responds to the prayer of us of his servants. God did not brush Abraham aside. He listened, and in a certain sense. He allowed his cause of action, to be influenced by what Abraham said to him, thinking of both the privilege, and the responsibility to stand, before Almighty God on behalf of the city, and of being able to speak to God, in such a way, that to actually influence his cause of action. We know that God Delights to show Mercy. He came down step by step, back and forth, dealing with Abrahm and promising to show Mercy, if there were 10 righteous in the City. How amazing is that?

They shall pour forth [like a fountain] the fame of Your great and abundant goodness and shall sing aloud of Your rightness and justice. The Lord is gracious and full of compassion, slow to anger and abounding in mercy and loving-kindness. The Lord is good to all, and His tender mercies are over all His works [the entirety of things created]

Hallelujah, Praise, and Glory be forever to Our God Almighty in the name of our Lord and Savior Jesus Christ. Amen and amen!!!

If you have been encouraged or inspired to keep on standing, share this with someone else!

Prepare for battle ahead

At the name of Jesus

The walls of Jericho

One thought on “On the road to Emmaus”